So you want to switch off digitally? I’m afraid that will cost you… 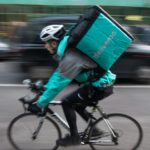 19 de febrero de 2017 – The global race to tame and civilise digital capitalism is on. In France, the “right to disconnect” – requiring companies of a certain size to negotiate how their employees handle out-of-hours work and availability – came into force on 1 January. In 2016 a similar bill was submitted to the South Korean parliament. Earlier this month a congressman in the Philippines introduced another such measure, receiving the support of an influential local trade union. Many companies – from Volkswagen to Daimler – have already made similar concessions, even in the absence of national legislation.

What should we make of this new right? Will it join “the right to be forgotten” to become yet another inventive measure that aspires to compensate ordinary users for the unpleasant excesses of digital capitalism? Or will it simply leave things as they stand, giving us false hopes without addressing the fundamentals of the global – and increasingly digital – economy?

First of all, to call the privilege of not responding to after-hours work-related emails “the right to disconnect” is misleading at best. As it stands, such a narrow definition excludes many other types of social relations where permanent or temporary disconnection by the weaker party might be desirable and where the urge to be connected means a profit opportunity for some and a blunt abuse of power for others. After all, connectivity is not just a means of exploitation – it’s also a means of domination; addressing it in the workplace alone cannot be enough.

Consider, for example, all the data that we produce as we find ourselves in the smart city, the smart home, or even the smart car. That we are producing data of high value is no secret to anyone – certainly not to the many insurance companies that are happy to lower our premium payments, or the many financial startups that are happy to grant us a cheaper loan, once we share that data with them.

Public institutions are also using our presence on social media to judge us. Consider the fact that US border agents are already reportedly asking some foreign travellers for their social media accounts.

Gig workers need no right to disconnect as no one is forcing them to work – yet disconnection is almost impossible.

Can one really afford to “disconnect” from insurance companies, banks, and immigration authorities? In principle, yes – if one can afford the associated (and rapidly increasing) social and financial costs of disconnection and anonymity. Those seeking to disconnect will ultimately have to pay for the privilege – in higher loan rates, more expensive insurance packages, more time wasted on trying to assure the immigration officer of one’s peaceful intentions.

Second, if those prophesying the arrival of digital labour – the idea that, in generating data, we also produce immense economic value simply by using the most basic digital services – are even half-right, it follows that responding to personal emails, rather than just work-related ones, also counts as “work”. It doesn’t feel that way, of course; many of us would probably characterise our social media use as just another form of addiction.

This addiction, though, has rather tangible origins: many of the platforms that steal our attention are designed precisely to hijack it and have us divulge, one click at a time, as much of our data as possible. The reason why social media platforms feel so addictive is because they are carefully optimised – and tested on millions of users like us – to engineer long-lasting addiction.

What do we really gain if we win the right not to check our work-related email only to squander it on clicking, half-mesmerised, that “update” button on Facebook or Twitter? One set of companies – our formal employers – stand to lose, as they can’t expect us to be always available; another set of companies, though, our informal employers – the likes of Facebook and Twitter – stand to gain, as we gladly furnish them with valuable data that propels their growth.

Short of developing an alternative economy of digital communications – which, at this point, would also mean developing an alternative knowledge economy – there’s only one way to fight such addiction: disconnection. But, in this case, disconnection is likely to be treated as a device, not as a right. Thus, we can already pay a fee to use slick software that will limit our access to Facebook or Twitter. Or we can pay some more and fill our smartphone with a dozen mindfulness apps that will give us all the benefits of Zen without any of the burdens of Buddhism. Or we can pay for the privilege of spending a few weeks in an internet detox camp, which are now proliferating across the globe.

The solution is the same: pay to enjoy the freedoms that you have once taken for granted. Instead of the realm of political rights, the solution is to be found in the marketplace, accessible to some – at, perhaps, variable prices.

On closer examination, though, it’s not evident that this right has much teeth even as a weapon against abuse by employers, as its applicability to the so-called gig economy seems uncertain. It’s true that, in theory, the joy of working as an independent contractor, be it as a driver for Uber or as a courier for Deliveroo, is the freedom and autonomy that such platforms afford: hours are flexible and can be adjusted depending on preferences and schedule. But the reality, of course, is quite different.

First, to earn a decent living from such platforms one must be prepared to work long shifts – and be available at all times. Second, refusing to accept rides or delivery requests at inconvenient hours might harm one’s rating on the platform and provide grounds for suspension. Hence the paradox: the gig workers need no right to disconnect as no one is forcing them to work – and yet the dynamics of the platform are such that meaningful disconnection is made almost structurally impossible.

As a result, in the realm of the highly flexible – and often precarious – gig economy, the right to disconnect makes very little sense; its ostensible flexibility conceals the fact that one can only succeed in it by making oneself always ready and willing to put in yet another gig. Thus we end up in the odd situation where well-protected regular jobs acquire extra benefits like “the right to disconnect”, while the unprotected, precarious jobs in the gig economy keep expanding – mostly by violating this very right as often as possible.

There’s no denying that traditional parties, especially of the social democratic variety, can rip major benefits from touting their commitment to “the right to disconnect”. In its current form, though, such a right – focusing as it does on well-protected, regular work – blatantly ignores where many other pressures for permanent connectivity come from.

To be truly meaningful, the right to disconnect needs to be tied to a much broader, radical vision of how a data-rich society can retain some basic elements of equality and justice. In the absence of such a vision, this right will only protect those who are already well-off, forcing the rest to seek solutions – like mindfulness apps – in the marketplace.