The right way for companies to publicize their social responsability 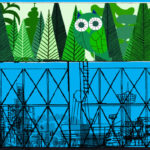 2 de abril de 2018 – “Why don’t we get credit for all the good things we do?” the CEO of a major global corporation asked me recently. After all, the company has innovative and impactful programs to ensure safe working conditions; training programs to help low-wage workers in its supply chain increase their earnings; numerous environmental initiatives to reduce its use of water, energy, and raw materials; diversity and volunteering programs for employees; and a foundation that makes generous contributions both locally and globally. Yet no one seems to notice.

It’s a common complaint. Companies keep trying to show the world that they are socially conscious and keep losing the battle. Anheuser-Busch and Hyundai even devoted this year’s Super Bowl ads to lauding their philanthropic efforts with decidedly mixed responses. Critics questioned Hyundai’s decision to spend $5 million to advertise the $15 million donated to its Hope on Wheels program in 2017 (although in fairness, it has donated $130 million over its 20-year history). And Pepsi caused an outrage a few months earlier when its attempt to appear politically aware in an ad with Kendall Jenner seemed to exploit the Black Lives Matter movement. Trying too hard can backfire.

A major reason companies don’t get credit for their good works is they employ a one-size-fits-all strategy to communicating their efforts, while what’s needed are focused messages that matter to each of their four different audiences:

Many companies can and do create immense positive social impact. Nearly every major company today operates a broad set of social and environmental activities that parallel its commercial value chain. Two decades ago, these activities may have been optional, but today they are unavoidable. Increasingly, opportunities to create shared value that benefit both the company and society are becoming an essential part of corporate strategy. Yet companies keep searching for the right way to communicate all this.

So far the most popular medium has been glossy sustainability reports. Eighty-five percent of the S&P 500 companies publish such reports, which often are longer than their annual financial reports. Highly sophisticated corporate communications departments send these reports out to media, NGOs, government agencies, universities, and anyone else they can think of in the social sector — but I don’t know anyone other than a few corporate watchdogs who actually reads them.

What companies need to do instead is to tailor their communications about their social initiatives for each of the four audiences I listed above. Let’s consider what it takes to get some love from each of them.

Corporate watchdogs. Activists are the obvious squeaky wheels, and they are vigilant about any negative impact the company may have. They are highly sophisticated and look for detailed reports on the social and environmental activities of the company and its suppliers. They appreciate the data in many sustainability reports but don’t need the pretty pictures and glossy cover. Government regulators also focus on the company’s behavior, not its assorted good works.

Both regulators and NGOs want to be engaged as partners with the company in addressing the social and environmental issues they care about. Therefore, continuous communication, joint projects, and stakeholder engagement are what is needed to build constructive working relationships with those constituencies. A company should collaborate with relevant NGOs or regulators in addressing any harms it has caused.

Other audiences will never know or understand these behind-the-scenes activities or the complex challenges of actually changing the social and environmental conditions within the company’s operations or those of suppliers in faraway countries. Such matters are often negotiated in private and need no broader communication.

Employees. Many companies rely on volunteering and matching grant programs to engage employees and enhance morale. Often these efforts do not make much difference to employees nor achieve significant social impact. While skill-based volunteering and strategic philanthropy are considerably better, they remain peripheral and engage very few employees. The ultimate goal should be for all employees to find meaning in their daily work. This requires the CEO and board to articulate a social purpose that goes beyond creating value for shareholders.

The company has to live that purpose, not just talk about it. Three examples of companies that get this are Nestle, Nike, and IBM. Nestle is committed to moving from being a food and beverage company to a health and nutrition company. Nike is about fitness. IBM is about a smarter planet. Employees at every level can see and take pride in the way their company’s new products, strategies, and operational choices advance a clear social purpose.

Investors. Investors didn’t used to care much about social or environmental issues, and many still don’t. But whether it is inspired by Larry Fink’s recent letter describing Blackrock’s expectation that the companies it invests in deliver social value, the growing scale of impact investing and ESG investing, or my work with Harvard Business School’s Michael Porter on creating shared value as competitive advantage, social factors are increasingly being recognized as material to stock performance.

Few investors, however, are going to read sustainability reports or be persuaded by proclamations of social purpose. They need a clear story about how the company’s social and environmental impact delivers better economic performance and competitive advantage. Most companies are still reluctant to talk about making money from their societal engagement, preferring to describe those activities as pure and altruistic. Social problems that are tackled as business opportunities to increase sales, reduce costs, or create meaningful competitive differentiation, however, are also the ones that have the greatest social impact. And understanding the economic benefit of the company’s social impact is the message that investors need to hear. The story and the supporting evidence that links social impact to economic returns needs to be conveyed in the annual report and CEO’s letter — the documents that investors actually read.

General public and customers. Each of the above messages is important, but none will resonate with most customers or the general public. With enough advertising dollars, the company’s proclaimed social purpose might stick, but most consumers are inured to company statements about how wonderful it is. For consumers, a simple point-of-sale message like “fair trade” or “100% recycled material” may make a difference, but it won’t necessarily impact broader perceptions of the company’s brand. Avoiding harmful practices in the supply chain and donating to good causes won’t get the message across either.

In order to truly impress the public, companies need to take leadership on an issue — like Walmart, Kroger and Dick’s eliminating the sale of assault rifles; Unilever’s Paul Polman speaking out on climate change, Walmart raising thousands of employee’s wages, Paypal pulling out of North Carolina after homophobic legislation was passed, or CVS giving up $2 billion in revenue by discontinuing the sale of tobacco products. The public is impressed when a company proves by its actions — and its CEO’s actions — that it stands for important principles and is willing to make hard choices based on those principles. These messages come from the news media, not from paid advertising or sustainability reports. The company must take a bold and timely stand on one or a few important social issues. Anything else will be lost in the noise.

The time when companies could ignore the social and environmental consequences of their products and activities is long gone, and the penalties are huge for those, such as Volkswagen, who try to circumvent today’s rules and expectations. Most companies have come a long way in cleaning up their act. But just doing the right thing doesn’t mean you’ll get credit for it.

So banish your sustainability report and get the right message to the right audience. Partner with the activists and regulators, show your employees how to find purpose in their work, describe the financial and strategic benefits to shareholders in your annual report, and have the courage to take a public stand on the issues that matter in your business. Then the love will flow.